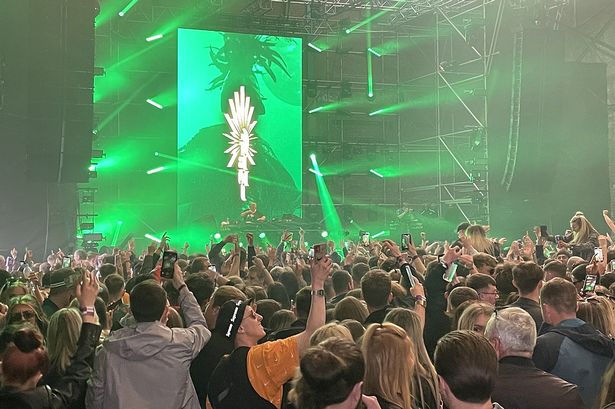 Brits were busy celebrating the first bank holiday weekend since pubs re-opened yesterday as it emerged that daily Covid tests could soon free us of the ten-day isolation trap.

Rapid tests will be taken every 24 hours by those living with virus sufferers but who have no ­symptoms – and as long as they are negative they can go about their normal business.

Some 40,000 volunteers are being recruited for a trial starting next Sunday.

The news came as revellers quenching their thirst for freedom supped 20 million pints – ­sparking fears of a beer shortage. And even a forecast of cold, wet weather looks ­unlikely to put off punters for the rest of this holiday weekend.

Brewer has reportedly limited some pubs to three kegs a week on Amstel and Birra Moretti.

That means landlords making do with as little as 264 pints of each lager – while on a normal day the average number of pints sold in an hour is 45.

Heineken said: “We’re working hard on a solution to meet demand – all our breweries are working flat-out and we’re connected with our breweries in other parts of Europe to import additional beer.”

Around 3000 people attended the pilot event at the Circus Nightclub at Bramley-Moore Dock, Liverpool
(Image: PA)

And Budweiser has reportedly upped output by 630 million pints a year to avoid a shortfall.

Matt Todd, who runs the Wonston Arms in Wonston, Hants, said: “My locals have been a thirsty lot. I’ve not quite run out of ale and lagers but it’s been on the wire.

“Friday night was lashing it down but we hadn’t got a spare seat in the ­covered beach garden.

“It just goes to show that even the weather isn’t putting off the punters.”

Art graduate Molly Torkington, 24, was meeting pals in Manchester and said: “It is going to be a boozy weekend. I can’t wait for a catch-up.

“We’re going to bring blankets and natter into the night.”

Bars and restaurants are expecting a £350million bonanza this weekend – even though some beer garden are likely to be just 8C tomorrow.

Members of the public make the most of Friday night out in Soho, London
(Image: London News Pictures)

Neil Walker, of the Society of Independent Brewers, said: “With around two-thirds of pubs still yet to open, many of those that have welcomed back customers are busier than usual.”

There was also a rush to book holidays ahead of next week’s travel announcement.

Sun-starved Brits can look forward to breaks abroad – with a “green list” of nations for quarantine-free travel after May 17 set to be unveiled next week.

Not Just Travel had its busiest day of the year so far on Friday – with bookings up 25% on its previous busiest on February 26.

Under the Prime Minister’s road map out of lockdown, pubs and restaurants can serve indoors from May 17 if Covid rates continue to fall.

And indoor entertainment such as museums, theatres, cinemas and kids’ play areas will reopen on the same date.

On the testing plan, Matt Hancock said: “At every stage of this global pandemic, the British public has stepped up and made huge sacrifices – including self-isolating when they are asked.

“This new pilot could help shift the dial in our favour by offering a viable alternative to self-isolation for people who are contacts of positive Covid-19 cases, and one that would allow people to carry on going to work and living their lives.

“Alongside the phenomenal progress of our vaccination rollout – with over 48 million vaccines administered so far – rapid testing is allowing us to get back to doing the things we all love.”