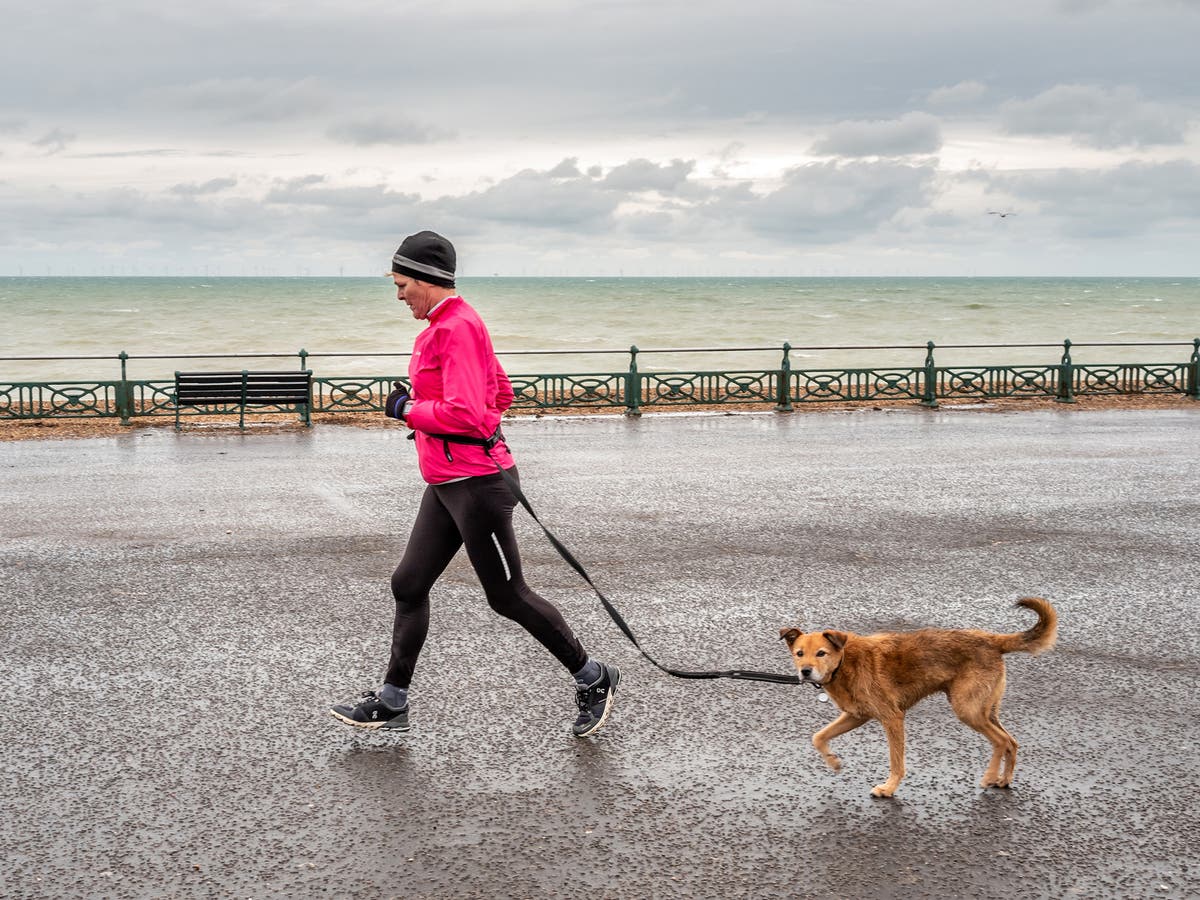 Forecasters are predicting a bank holiday “washout” with heavy winds and rain set to move in across the UK.

Weather warnings could be imposed over the weekend with 50mph winds and 40mm of rain to hit parts of the country on Monday, the Met Office said.

People looking to visit pub gardens or outdoor spaces have been advised to do so on Saturday and Sunday.

The wet and windy weather will strike as low pressure moves in from the west.

Martin Bowles, a Met Office forecaster, said: “Saturday and Sunday is going to be a day of sunshine and showers across the UK, though it will be nothing significant for the time of year.

“It will be a little cooler in some parts due to a northeasterly flow of wind, though these winds will be light and reasonable.”

The temperature will reach highs of 14C in London and the southeast, hitting 11C in the north of England, Northern Ireland and Scotland, while Wales could see 12C.

Mr Bowles told the PA news agency: “However, there will be a big change going in to Monday, after an area of deep low pressure will move in from the west bringing significant rainfall and strong gales for the whole UK.

“Western parts will be the worst affected with very strong, gale force winds that could be up to 50mph with potentially around 20mm of rain, up to 40mm in hilly areas.

“The east may not see conditions like this until the evening, but will not escape the wet and windy weather.”

He said it is likely the Met Office will impose weather warnings of wind for the southwest of England over the weekend.

Mr Bowles added: “People looking to visit a pub or restaurant should go on Saturday or Sunday, but even then, they may well see damp conditions.

“With current restrictions meaning people can’t go indoors, Monday will be a washout all day really, especially if you’re in the west.”

The Metropolitan Police have warned people to stick to the rules when going out over the weekend and avoid attending planned protests in London.

The force said it will have a “significant policing operation” in place.

Commander Simon Dobinson said: “This will be the first major bank holiday since the easing of restrictions and I know London’s streets will be busy with people heading to the shops or to the outdoor areas of London’s bars and restaurants. We also know that groups will be coming into London to demonstrate.

“If you are involved in planning a protest event, please ensure you comply with the current legal restrictions on protest gatherings.

“We are still in a global pandemic and the Met urges people to continue to comply with the restrictions that apply to gatherings and to follow government guidance.”

It comes after April saw its lowest average minimum temperatures since 1922, the Met Office said.

However, as of Friday, the UK had seen 218.8 hours of sunshine in April, making it the second sunniest on record.

England has first night out since lockdown – Covid-19: Top stories this morning – BBC