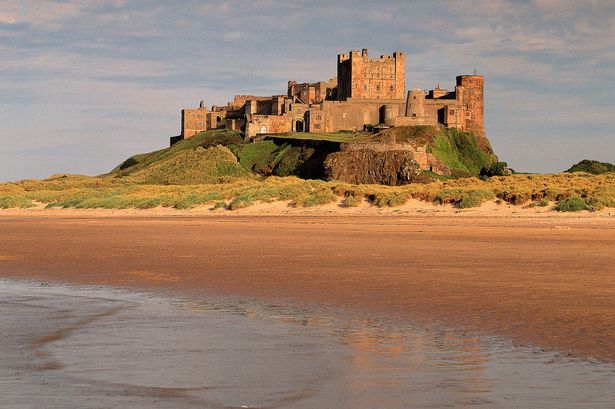 The North East should prepare for a flood of visitors after two of its coastal resorts were named among the country’s best.

Bamburgh in Northumberland, with a population of just 400, scored 85 out of 100 for its spectacular setting, sandy beaches and good value for money accommodation

Despite its small size, Bamburgh’s impressive castle dating back to 1120 was a winner with visitors who also admired the expansive beach.

Claire Watson-Armstrong whose family owns Bamburgh Castle said the village had a “magical” feel. She said: “It’s such a beautiful part of the world and I feel incredibly lucky to live here too.”

It just pipped joint second placed Tynemouth, Tyne and Wear, which won over visitors with its top notch restaurants and beach, scoring 84.

Where is your favourite beach? Let us know in the comment section

Dartmouth in Devon – once home to Miss Marple creator Agatha Christie – shared the number two spot and was praised for it scenery and boat trips and nearby beaches such as Blackpool Sands.

Outside of England, the spiritual home of golf St Andrews in Fife, Scotland, was third with 83 and quiet Welsh harbour town Aberaeron was ranked fourth with 82.

The survey of 4,000 Brits by consumer watchdog Which? to find the UK’s best seaside resort put last year’s wooden spoon winner Skegness at the bottom of the pile again with a score of 48.

However, the Lincolnshire destination was seen as family friendly and one visitor called it “unpretentious”.

And Butlin’s which has a holiday park in the town leapt to its defence.

It said: “It is a lovely place to visit and enjoys enduring popularity for generations of holidaymakers.”

Skegness was described as ‘unpretentious’. The bucket and spade resort is family-friendly
(Image: Getty Images)

Other larger resorts in the bottom 10 included Weston-super-Mare, Somerset, and Ilfracombe in Devon.

Rory Boland, editor of Which? Travel, said: “The results of our survey show that bigger is rarely better, with smaller, less crowded resorts taking the top spots over better-known destinations.”

It lochs like this is the best scenic drive in Britain

The 60-mile journey between Loch Lomond to Glencoe in Scotland has been named Britain’s most scenic road trip.

The drive from Kendal to Keswick in the Lake District came second with Cheddar Gorge, Somerset, in third place. Garage forecourt operator MFG questioned 1,500 motorists and found four in 10 were planning a road trip this summer.

But a third were concerned about the impact their car had on the environment and 40% were thinking of switching to an electric car. Of those, 20% were hoping to do so in the next two years. The under-30s were most likely to go green.

From universal credit to furlough, employment rights, travel updates and emergency financial aid – we’ve got all of the big financial stories you need to know about right now.

MFG boss William Bannister said: “This poll shows that as the country unlocks from a difficult year of restrictions we are going to see a resurgence in the popularity of road trips.

“We are investing £400 million in super-fast 150kw charging points across our UK network, building driver’s confidence in electricity as a cleaner fuel source.”