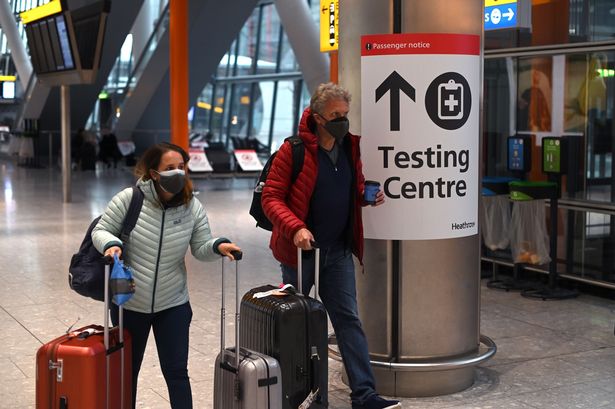 It brings the total number of strains being investigated by the British government to 13.

It comes as India is hit by a devastating second wave that has seen at least 300,000 people test positive each day for the past week, while the overall death toll has hit over 200,000.

Public Health England said it will keep monitoring all strains “closely” before it added: “The best way to stop the spread of the virus is to remember: hands, face, space and follow the restrictions in place.”

It said there is “no evidence” suggesting the variants cause a more severe disease or that they make the current rollout of jabs less effective.

“PHE is carrying out increased laboratory testing, in collaboration with international partners to better understand the impact of the mutations on the behaviour of the virus and to ensure all appropriate public health interventions are taken.

“Where cases have been identified, additional follow up of cases, testing of contacts and targeted case finding will be used to limit the spread of these variants.”

It comes after the government reported last week that dozens of cases of a new variant coming from India had been reported in the UK.

That variant, known as B.1.617, has been classified as a variant under investigation by PHE while scientists gather more data.

The government is currently investigating a total of 13 coronavirus mutants
(Image: RAJAT GUPTA/EPA-EFE/REX/Shutterstock)

This is in contrast to the South African and Brazilian strains, which are considered variant of concern.

The variant includes a number of mutations including E484Q, L452R, and P681R.

Two of the mutations may make it more resistant to vaccines – giving it the status of a “double mutant” variant – while a third could make it more transmissible.

However, the jury is very much still out as to whether this is the case.

George Eustice, the environment secretary, was reported saying at the time early data suggests B.1.617 does not spread any quicker.

“I’m told there is no evidence at the moment this particular variant is able to get around the vaccine or… that it is necessarily more contagious than the others – but we are looking at it, it will be studied,” he told Sky News.