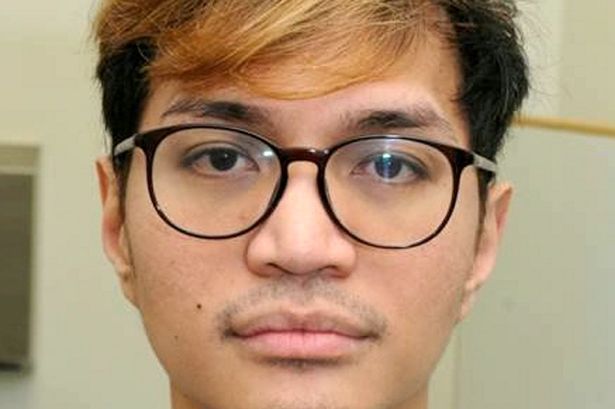 Detectives believe the total number of victims attacked by Sinaga is 206.

It’s thought his crimes stretch back over ten years as he exploited Manchester’s student culture to find young men to attack.

Officers received 155 reports when the rapist was unmasked following four crown court trials back in January 2020.

Of those, 23 were confirmed as victims, the Manchester Evening News reports.

But these men have all decided not to pursue further prosecution against the rapist as they are satisfied with the convictions and sentence already secured.

Sinaga, 37, must spend at least four decades behind bars before he can be considered for parole.

The Indonesian student’s minimum jail term was increased from 30 to 40 years by judges at the Court of Appeal last December.

Nevertheless, investigators say they will never rule out prosecution as long as there are still victims who may want to pursue it.

Sinaga, 37, must spend at least four decades behind bars before he can be considered for parole
(Image: MEN Media)

“Our appeal, launched last year, has so far identified 23 further victims of Sinaga. I commend their bravery for getting in touch and the strength and dignity they have shown throughout the past year during our further investigations,” he said.

“Ultimately, they decided not to pursue further prosecutions given Sinaga is already serving a record sentence for rape offences, and it will be four decades before he is even considered for release.

“That they are satisfied justice has been done is testament to the hard work of our officers, who were able to secure the evidence needed to put Sinaga in prison – where he belongs.”

The senior investigating officer said it’s important that the 60 victims still unidentified are given appropriate support.

“Supporting those affected by Sinaga’s despicable crimes has always been our priority, alongside securing the maximum possible jail term for him,” he said.

“GMP, working with partners including St Mary’s Sexual Assault Referral Centre and Survivors Manchester, will always be on hand to help anyone who believes they may have been a victim of a sexual offence.

“It is important we continue to make attempts to trace the around 60 men we believe are victims of Sinaga, but who haven’t made contact with police or support services yet.

“I would urge anyone who thinks they may have been a victim to please get in touch with us.

“Specialist staff involved in Operation Island remain key members of our force and will continue to investigate any further enquiries that come to light.

“If you don’t feel comfortable speaking to police, specialist support services are widely available with organisations such as St Mary’s SARC and Survivors Manchester.”

Sinaga was jailed in January 2020 after being found guilty of 136 counts of rape, eight counts of attempted rape, 13 counts of sexual assault and 2 counts of assault by penetration during four trials held at Manchester Crown Court.

The offences relate to 48 different men and took place between January 2015 and May 2017.

The predator drugged the victims with drinks laced with GHB or GBL and filmed the attacks on two mobile phones.

Judge Suzanne Goddard QC – who presided over all four trials – described the rapist as a ‘highly dangerous, cunning and deceitful individual who will never be safe to be released’.

When reporting restrictions on the case were lifted, police received 155 reports from people who thought they may have come into contact with Sinaga.

Of those, 23 have been confirmed as potential victims – 12 of whom had previously been recorded by officers as ‘unidentified victims’.

This was because footage or images of an offence were held by the investigation – obtained from the mobile phones recovered from Sinaga’s flat – but research could not identify them in footage.

Detectives say Sinaga offended with impunity for a decade and attacked a total of 206 men.

The rapist is currently in solitary confinement at HMP Wakefield – dubbed ‘Monster Mansion’ because of the large number of well known murderers and sex-offenders imprisoned there, including Black Cab rapist John Worboys and paedophile Ian Watkins.

If you have been affected by this case or believe that you may have been a victim of Reynhard Sinaga, then please contact police or specialist support agencies using the contact details below.

All reports made to police will be fully investigated.

Information can be passed to police via the Major Incident Public Portal here or by calling 101.

The MIPP will also provide contact details for support agencies to anyone who accesses it.

For anyone who wishes to seek support but does not want to talk to police, St Mary’s Sexual Assault Referral Centre can continue to be reached on 0161 276 6515 and Survivors Manchester can be contacted on 0161 236 2182.