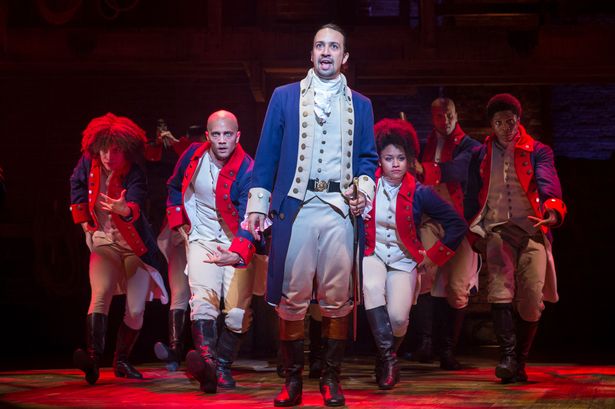 The next stage of England’s roadmap out of lockdown is fast approaching, which means theatres can reopen to socially-distanced audiences from May 17, and to full audiences from June 21.

With many London premieres and old favourites expected this summer, we’ve listed some of of the best shows to see below. You can book most of them at ticketmaster.co.uk or atgtickets.com.

Smash hit musical Hamilton is one of the latest musicals to announce its return to London’s West End in August, over a year after it closed due to the coronavirus pandemic.

Those who book tickets for any shows will need to be prepared to swap to another performance is the government’s plans change. Keep checking back here for the latest information.

The spectacular Les Misérables is returning to the Sondheim Theatre this summer, first with an initial encore of its 2020 encore version, and then the full production in September.

Expect all of the musical’s iconic songs, including “I Dreamed a Dream”, “One Day More” and “On My Own”.

The UK premiere of Disney’s Frozen the Musical will finally arrive in London this August.

Back to the Future: The Musical, Adelphi Theatre

Fans of the much-loved sci-fi adventure movie can see 80s teenager Marty McFly transport back to 1955 in this dazzling stage musical version.

With futuristic special effects and rock ‘n’ roll, it’s a must-see for the whole family.

Singin’ in the Rain, Sadler’s Wells

Jonathan Church’s critically-acclaimed production of Singin’ in the Rain is back for summer, featuring song-and-dance legend Adam Cooper as Gene Kelly.

The classic production will return for a five-week run from July 20 to September 5.

Only Fools and Horses The Musical, Theatre Royal Haymarket

“Stick a pony in your pocket” as the iconic wheeler dealer Trotter brothers are returning to London’s West End.

With music by Chas n Dave, this stage version of the classic sitcom sees Tom Bennett as Del Boy, Ryan Hutton as Rodney and Paul Whithouse as loveable Grandad.

After missing out on its summer season last year, the Globe is finally reopening to the public with Covid-safe measures – including a face mask policy and special seating arrangements.

From universal credit to furlough, employment rights, travel updates and emergency financial aid – we’ve got all of the big financial stories you need to know about right now.

Set to rap and hip-hop, Lin-Manuel Miranda’s Hamilton tells the story of America’s forgotten Founding Father – and it’s back this August.

Disney and Cameron Mackintosh’s award-winning Mary Poppins opened in 2019 and will return to the Prince Edward Theatre in May 2021.

The world’s favourite Nanny is spectacularly brought to the stage with classic songs like Supercalifragilisticexpialidocious, Feed the Birds and Step in Time.