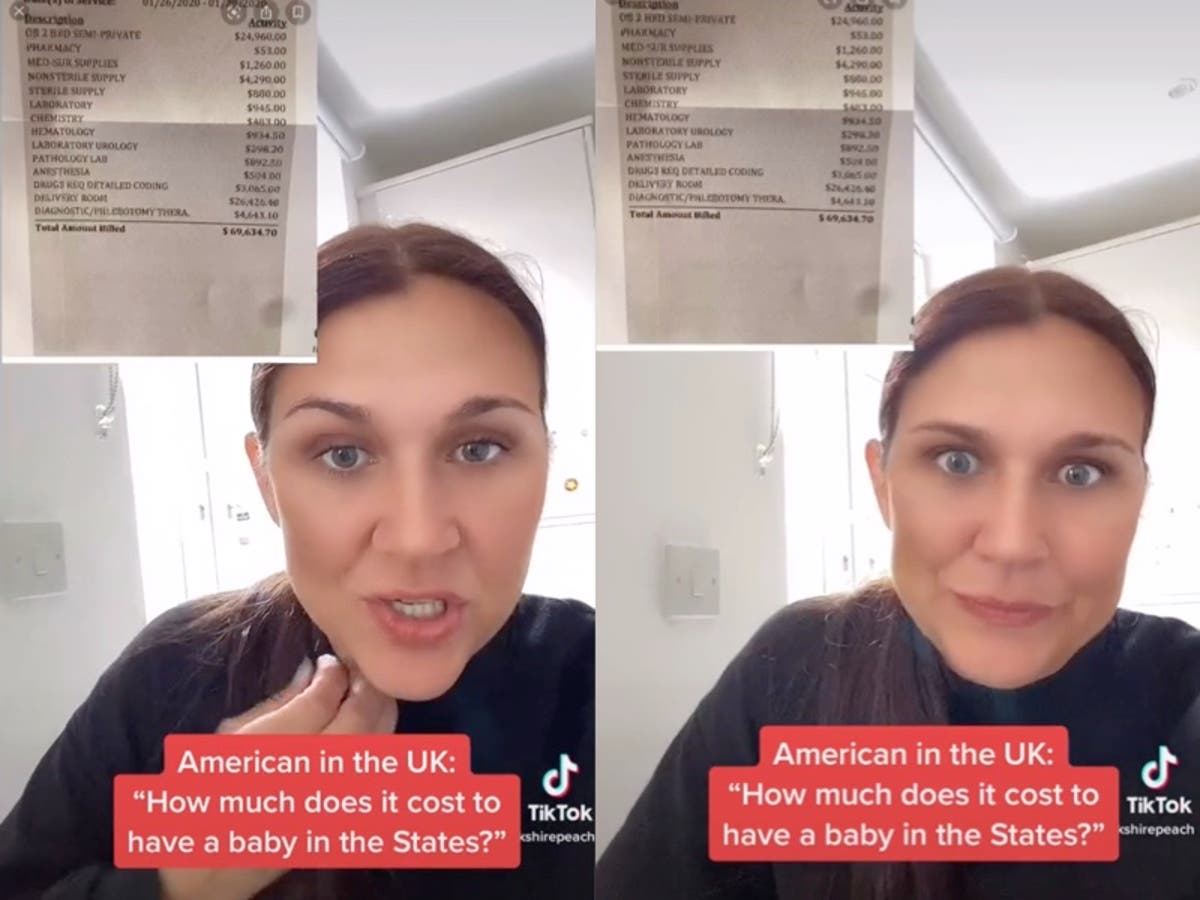 An American woman living in the UK has highlighted the costs of giving birth in the US in a viral TikTok.

Lisa Dollan, who was originally from Atlanta, Georgia, but now lives in Leeds, frequently shares videos to her TikTok, where she goes by the username @yorkshirepeach, describing the differences between the US and UK.

In one video, uploaded on Wednesday, the 39-year-old answered a question she frequently receives: “How much does it cost to have a baby in the US?”

In the clip, Dollan began: “So a lot of people say, so how much does it cost to have a baby in the States? Well, this is without insurance,” she continued as she pointed to an itemised bill totalling $69,634.

Dollan then explained that, with insurance, the bill is “probably covered 80-20,” meaning that the insurance company pays 80 per cent and you pay 20 per cent”.

“But what the pharmaceutical companies and the hospitals do is jack up the prices,” Dollan claimed. “So that that 20 per cent becomes higher and higher.”

Dollan then breaks down charges on the list, noting that for a “semi-private room, meaning you’re sharing a room, the big cost is $25,000 there”.

“And then another $26,000 for the actual delivery room, where you go back and have the baby,” she continued.

Dollan also noted the costs of the other “little bits and bobs that you need,” with the total coming in at $69,000, before adding: “Umm, yeah,” and laughing nervously.

In the caption, the US transplant wrote: “Grateful for the NHS yet?”

The video, which has been viewed more than 417,000 times, has prompted a range of confused responses, with many concerned by the astronomical cost of giving birth in the US.

“America isn’t a country, it’s a company,” one person commented, while another said: “I swear they literally make these prices up. 25 grand for a shared room for less than a week? I would rather give birth in the Maldives.”

Others expressed their gratitude for the NHS, with another person joking: “If it cost this in the UK, there would be about four people left.”

While many parents have experience with high childbirth bills in the US, Insider notes that the average cost of a birth in the US is $10,800, but that procedures such as an epidural can drive the cost up.

In the UK, the NHS completely covers childbirth costs, with the outlet noting that “low-cost private options are available”.

Dollan’s TikTok comes after parents recently shared what it cost them to give birth in the US, and how much they still had to pay off.