Adder attacks and rats infesting shops: Dangerous UK pests to look out for after lockdown 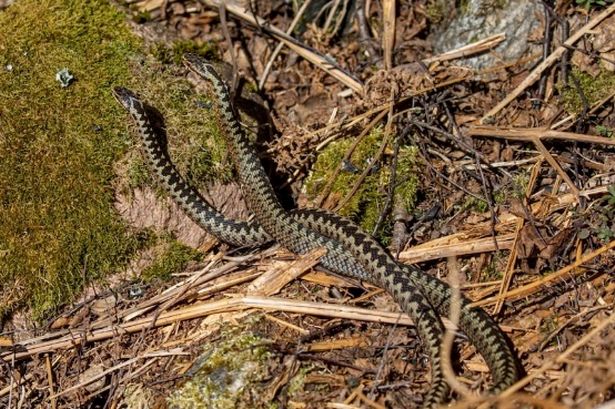 Britain may finally be coming out of lockdown, but so are a hatful of grisly pests determined to make our lives a misery.

This week, vets in Cornwall warned of a spike in adder attacks on dogs, with six needing emergency treatment in the space of just five days.

“We’ve been quite surprised to have so many in such a short space of time,” says Hattie Algar, a veterinary surgeon at Penmellyn Vet Group told The Mirror.

“Over the last year or so there’s been less human activity around, so perhaps they’ve bred quite well because of that. But also we’ve just had a warm and dry few weeks, so they’ve all come out of hibernation to enjoy the sun.”

However, adders aren’t the only creatures to look out for as the weather hots up.

With shops reopening after lockdown, rats are scampering back to high streets, while moths are invading homes and pest controllers fear a new wave of dangerous Asian giant hornets could hit the UK. Here are the pest you need to look out for.

Having spent the winter in hibernation, adders are slithering back out to enjoy the hot weather, according to the Telegraph.

While the snakes will rarely attack unless provoked, their poisonous bite can have serious consequences for pets if left untreated.

“Most of the dogs will do very well, but in the worst case scenario they can very occasionally be fatal,” says Hattie.

“Normally if you get complications, it’s because of the adder bite infections that spread around the body, organ damage to the liver or the kidneys, and blood clotting issues as well.”

Adder attacks on humans are rare, with only 50 to 100 reported each year.

Hattie says attacks on pets, however, can be more common because they are more likely to disturb them.

“It’s usually quite evident within a couple of hours that the dog’s been bitten because you’ll get severe swelling of the area and it’ll be very very painful,” she explains.

“Typical places we see getting bitten are the muzzle and legs. If they’re trodden on a snake or sniffed it, they’ll bite back in defence.”

With summer holidays still off limits in most countries, Brits will need to beware if opting for ‘staycations’ instead, particularly in adder hotspots like North Wales or Devon, around beaches and cliffsides.

Last summer, the Mirror reported how three-year-old Lewis Wise was left “paralysed” after being bitten at Lightwater Country park in Surrey.

Dad Daniel warned: “A lot of people think that adders are not that bad, but if you’re bitten, it can be really serious. Everyone reacts differently, but it’s serious.”

Lockdown has proven a busy time for pest controllers, with rats invading homes in the absence of shops to feast in.

However, as the high streets begin to reopen, rodents are returning to town centres in their thousands, causing a headache for offices and restaurants.

Mark Moseley, director of PestGone Environmental, says food deliveries as well as wastage from restaurants will be the biggest cause for infestations.

“Right now you have this massive influx of food that’s coming into places like London as all these restaurants start to open,” he explains.

“Looking ahead to May 17, it’s going to really start kicking off.

“People think it’s just the waste food left out, but it’s deliveries too. Restaurants try and do the best they can, but once they’ve got an abundance of food to store, they haven’t got enough steel containers to put them in.

“So they start putting paper bags on the floor, and rats and mice are straight in there. As soon as one gets in, that’s it – before you know it, you have a big infestation on your hands.”

Daniel Neves, a biologist at Innoculand, also says the rats that have stayed put in city centres have found space to breed without being disturbed by pest controllers.

Tenants that have left shops undisturbed for months during lockdown have returned to find droppings littering the floor, as rodents feed on store cupboards before venturing into homes nearby.

“As they find food in that shop, they breed inside the drains and [their numbers] go from a thousand to two thousands,” he says.

“So now we have shops calling us, but we also we have more residential properties who are calling us saying ‘this is the first time we’ve had a problem’.”

The rise in numbers has become a “timebomb” for takeaways, Daniel adds, as they are becoming overrun by swelling populations nestling in nearby shops.

“Sometimes we’re going into takeaways and it is incredible that they are still open,” says Daniel. “If I was the council I would shut it down straight away.

“You go in the toilet of that shop and there are droppings everywhere, because there are rats coming in through the U-bends. So you have one shop to start with that has been left for a long time, but it spreads to another shop and another shop and suddenly you have a timebomb on your hands.”

An even bigger problem than rats, says Daniel, is the number of moths nesting in homes.

“Moths are seasonal, you have them in your house in the time and the weather is getting warmer,” he says. “But right now, for some reason, we have so much trouble with moths.”

The biologist says that although the reason is unclear, it may be linked to clothes gathering dust and providing a perfect hiding place for the creatures.

“If I was to use my imagination and try to link it to lockdown, I would say it might be that because people are staying at home, they have not had the opportunity to wear their suits to go to the office, their evening clothes to go out or their regular street wear to go on their daily lives,” he says.

So as the lockdown relaxed and offices reopened, some clients go to take out garments for the first time in six months, or even a year. And that is when they realise the full measure of the problem.”

In the coming months, he also says flying ants will be a “big money maker” for pest controllers.

The bugs tend to emerge on ‘Flying Ant Day’ in mid-July in huge numbers, but Daniel says the season has already started and inevitably leads to clients fearing outbreaks at home.

“Flying ants are not dangerous as such, but they are very disruptive,” he says. “In a matter of minutes, 200 flying ants can burst alive out a a tiny gap at skirting board level and the swarm can last for a couple of hours until they die from exhaustion.

“Most clients go in total panic, some sprinkle ant powder everywhere, contaminating their home with pesticides.

“They fail to understand that flying ants are but one type of ants belonging to a nest that is under or within the fabric of the building. And that the solution is not to kill the flying ants, but rather to be able to kill the nest that produces them.”

Each summer, pest controllers are on constant watch for Asian giant hornets, which have settled in nearby countries like France and pose a huge concern for the UK economy.

“Our biggest threat is the Asian hornet,” says Mark. “If that starts taking prominence in the UK we’re in big trouble.”

“The reason we panic is because they kill our honey bees. If we lost them tomorrow, it would cost the farming industry about £1.8billion a year.”

While sightings in the UK have been rare, in 2018 there were nine separate sightings across the UK – from Cornwall to Yorkshire – and three nests destroyed.

And Mark fears it will be hard to stop the species taking hold in the UK.

Royals visit Pakistan for the first time in 13 years