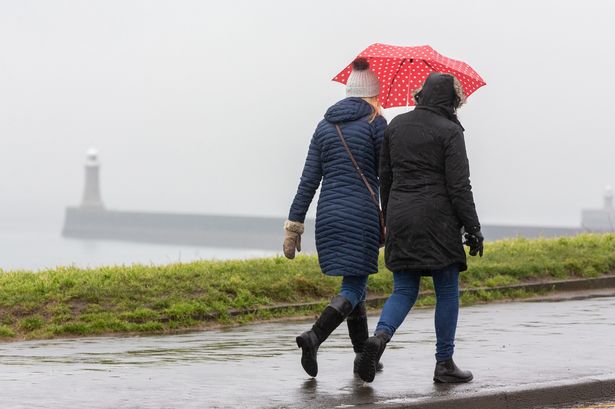 The long dry spell of clear skies and bright sunshine will come to an abrupt end from today as Brits are warned to brace for days of rain and heavy showers.

Most of the UK has been basking in warm weather over the last week, with high temperatures, plenty of sunshine and very little rainfall, if any, in some areas.

But forecasters predict that from Tuesday while much of the country will stay warm the country is set to be lashed by heavy rain and sporadic showers over the coming days.

Met Office forecaster Aidan McGivern said: “Still some sunshine around on Tuesday but nowhere near as much as many places saw at the weekend.

It will be the first rainfall for more than a week in some areas
(Image: Andy Commins / Daily Mirror)

“Most places cloudy and showers or even longer spells of rain now that the weather has turned unsettled.

“Some decent dry spells at first on Tuesday for many before the showers get going, even more so as daytime temperatures rise.

“Effectively Tuesday is a day of bright spells and showers. The showers will be on the heavy side and a rumble of thunder possible.”

There will still be high temperatures and warm weather
(Image: AFP via Getty Images)

The Met Office predict that the heaviest rainfall will affect Scotland and northern regions before the showers fall towards the south by Wednesday.

Today the south coast and the south east will mostly avoid the worst of the showers and there is expected to be high temperatures of up to 16 C.

It will be warm but wet in many areas

With the rainfall alerts for flooding have been issued and seven areas in England are currently considered alert zones, meaning flooding is possible.

Cool and rather cloudy for many with outbreaks of rain or showers across central and northern parts, some heavy. Brighter in the far south and southeast of England with some sunny spells, feeling warm here.

Rain and showers moving southwards across the UK, though southeast England probably staying dry. Turning clearer across Scotland with a frost in shelter.

Outbreaks of showery rain, heavy at times, affecting central and western parts of England and Wales. Brighter elsewhere, though further showers for Scotland. Feeling chilly for most.

Outlook for Thursday to Saturday:

Sunny spells and scattered showers, heavy in places. Rather chilly, especially out of the sun, with occasional overnight frost.

The blossom worth billions for Japan – BBC News

Grenfell: The Fire of London