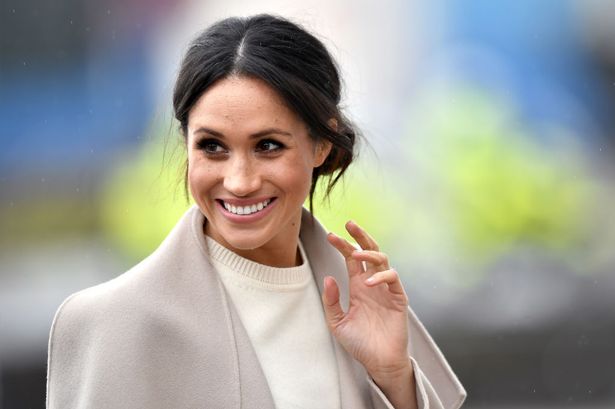 Palace courtiers fear Meghan Markle “could be booed” if she ever makes another public appearance in the UK, it has been claimed.

A royal commentator said there are “genuine concerns” members of the public will jeer if the Duchess of Sussex attends an event in Britain.

Dan Wootton said it is “unclear” if the the former Hollywood actress will join husband Prince Harry when he flies back for the unveiling of a Diana, Princess of Wales statue at Kensington Palace in July.

But he said Meghan remains a figure of “unpopularity” for many after the couple’s bombshell Oprah Winfrey interview.

Writing in his column for the Daily Mail, he said: “Some courtiers hope that William and Harry will now be forced into a positive dialogue as they prepare for what would have been their late mother’s 60th birthday on July 1.

Do you enjoy reading about the royal family? Sign up for all the best royal news from the Mirror here

Meghan hasn’t been back to the UK since stepping down as a senior royal
(Image: Getty Images)

“But it is unclear if Meghan, who is heavily pregnant with the couple’s second child, will be involved in those discussions and if she will consider making her first trip back to London since Megxit.

“There are genuine concerns that she could be booed at an event attended by members of the public given her current unpopularity in the UK as a result of the Oprah interview.”

He added such fears will likely make any negotiations “fraught”.

Harry returned to the UK for the first time in months to attend Prince Philip’s funeral on April 17, but quickly flew back to the US.

He and William were pictured speaking as they walked up to Windsor Castle after the service at St George’s Chapel.

The claims come after a new YouGov poll showed Harry and Meghan’s popularity has remained low in the wake of their Oprah interview.

Most of the other royals have seen a positive bump, particularly Prince Charles, since the Duke of Edinburgh’s funeral.