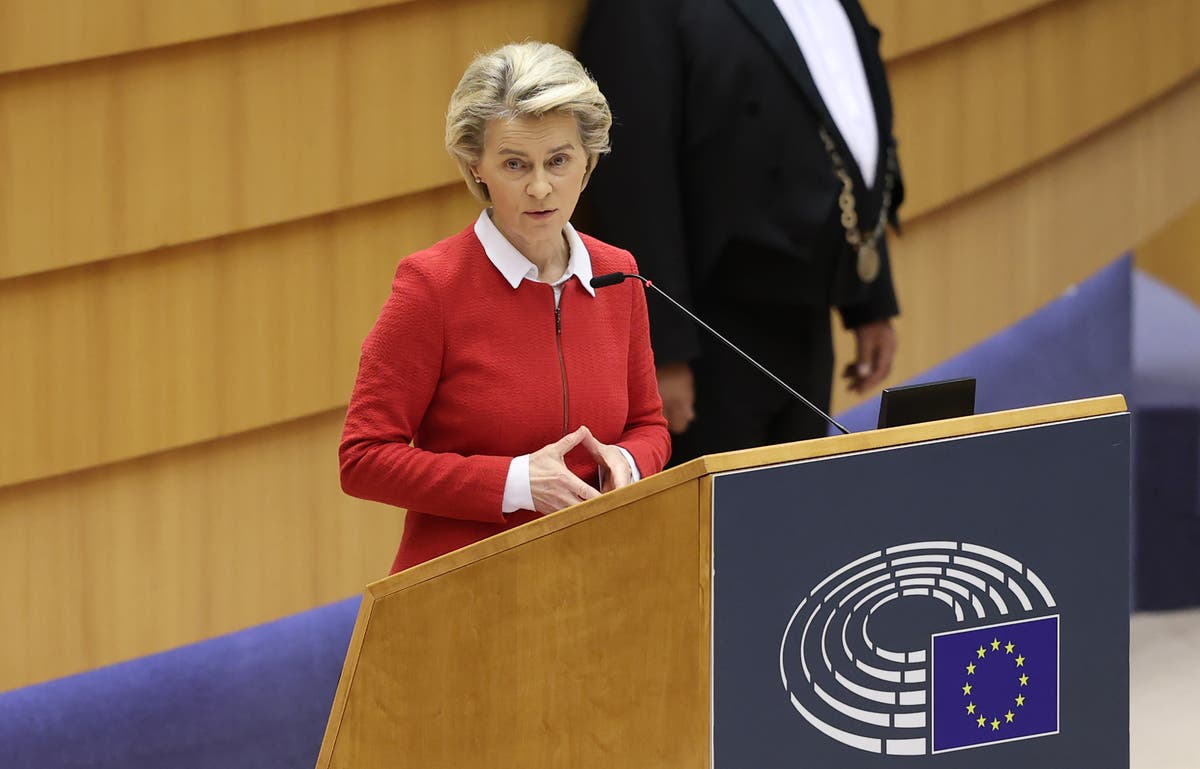 The EU vowed the UK will face tough action if it breaches the Brexit trade deal, as MEPs finally prepared to approve the Christmas Eve agreement.

“Let me be clear. We do not want to have to use these tools, but we will not hesitate to use them if necessary,” the Commission president told the European Parliament.

The warning came after The Independent reported that the EU has secured the right to shut off gas and electricity supplies if the UK tries to seize control of fish stocks in future.

Brussels is also threatening to pull the plug on law enforcement cooperation – already severely weakened by Brexit – if the UK in future “denounces” the European Convention on Human Rights (ECHR).

But Michel Barnier, the EU’s chief Brexit negotiator, said the bloc had a “duty to listen and understand the feelings of the people” that led to the painful split.

“This is a divorce. It is a warning, Brexit. It’s a failure of the European Union and we have to learn lessons from it,” he told MEPs, adding: “Why did 52% of the British vote against Europe?”

The Parliament will ratify the trade and cooperation agreement (TCA) – despite threats to withhold agreement, because of legal action over the UK’s breach of the Northern Ireland Protocol.

The UK Parliament quickly ratified the agreement – with just a few hours debate – before the year-long transition period ended on New Year’s Day.

But the EU gave it only provisional application, amid other bust-ups over Covid-19 vaccine supplies and the UK’s refusal to give full diplomatic recognition to the EU in London.

Some MEPs remain unhappy over ratification, the vice-president of the Greens saying “this deal is not good because Brexit is not good”.

“The situation is also complicated because we cannot be sure how trustworthy the UK government really is” Terry Reintke warned, but he added: “Still, this agreement can be a starting point reconstructing what we lost due to Brexit.”

“In recent days and weeks, we have seen a new, constructive dynamic and we will continue to work closely with the UK to find constructive solutions that respect what was agreed,” she told MEPs.

“The next step is to mutually agree on compliance paths, with concrete deadlines and milestones.”

The Brussels Parliament will vote on Tuesday evening to give consent to ratification, but the result will not be announced until Wednesday morning.