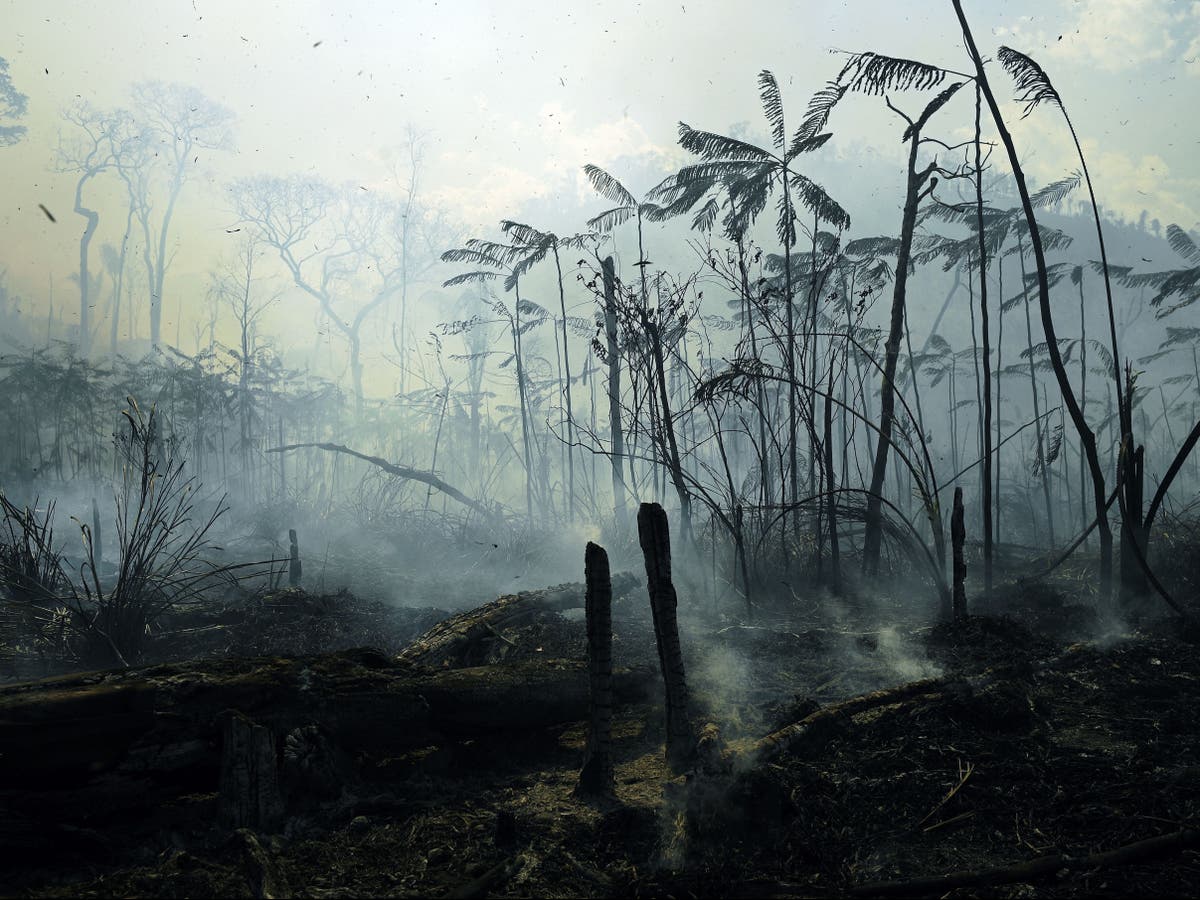 The UK, US and Norwegian governments have come together to launch a $1bn fundraising initiative to support the world’s tropical rainforests as part of a bid to tackle deforestation and reduce harmful emissions in the atmosphere by 2030.

“The Leaf Coalition takes a first, crucial step to change that.”

The scheme is timely given that an estimated 12 per cent of the world’s primary tropical forest was cleared between 2019 and 2020, including 4.2m hectares of humid forest – vital for carbon storage and biodiversity – an area roughly the size of the Netherlands.

Countries, states and provinces are being invited to apply to the Leaf Coalition by 22 July in order to receive funding in support of their emissions reduction and replanting efforts, which they will receive on the condition that they meet key performance indicators between 2022 and 2026, with the coalition encouraging the participation of indigenous groups and local communities.

US climate envoy John Kerry said the scheme – which has already secured the support of multinationals Amazon, Airbnb, Bayer, GlaxoSmithKline, McKinsey, Nestle, Salesforce and Unilever – as a ”groundbreaking example of the scale and type of collaboration needed to fight the climate crisis”.

Nathaniel Keohane of the US Environmental Defence Fund hailed the green financing model as “a game-changer”, according to Climate Home News, and said the coalition could eventually “channel tens of billions of dollars per year into ensuring sustainable livelihoods for Indigenous peoples and forest communities… and protecting global forests”.

The site reports that three Brazilian states plus Costa Rica and Guyana have already applied for Leaf Coalition grants.

This is particularly positive as the former accounts for more tree clearance than anywhere else in the world, followed by the Democratic Republic of Congo, Bolivia and Indonesia.

Brazil’s right wing populist leader, Jair Bolsonaro, used his appearance at Mr Biden’s summit to pledge an end to illegal logging in the Amazon by 2030 – as well as to promise carbon neutrality by 2050 and to attack developed nations, who he attacked for “burning fossil fuels in the course of the past two centuries”.

But his administration also failed to come to an agreement with the US on a deal to safeguard the country’s rainforests, despite optimism that an accord could be forged prior to the summit.

Last week’s White House gathering saw the US pledge a 50-52 per cent emissions reduction target from 2005 levels by 2030 and the UK aim for a 78 per cent drop from 1990 levels by 2035, with Canada, Japan and South Africa all making similar commitments.

Washington further said it intended to hit climate funding of $5.7bn a year by 2024 while Westminster said it was aiming to invest £11.6bn over the next five years.

China and Russia were also among the 40 nations taking part, both suggesting they were open to multilateral co-operation but neither announcing any specific new targets.