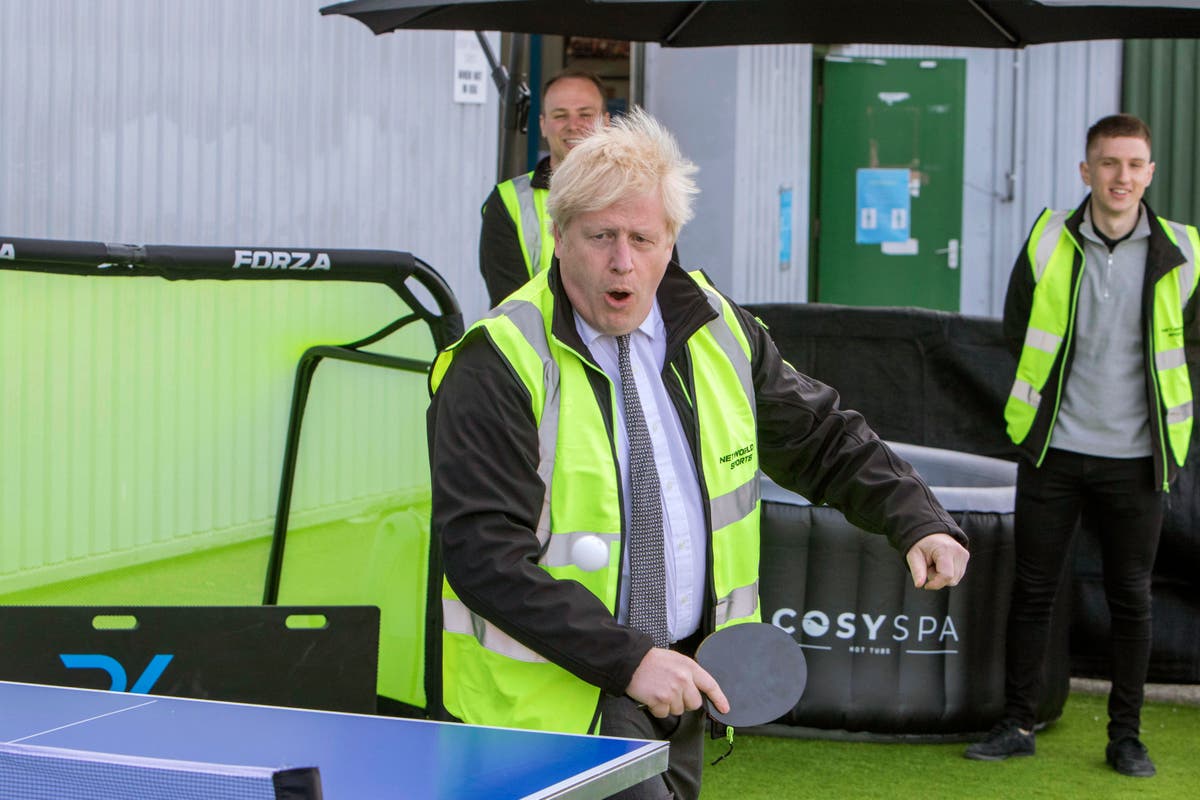 British Prime Minister Boris Johnson on Monday denied a press report which quoted him as allegedly saying he would rather see “bodies pile high in their thousands” than impose a third national lockdown on the country.

The Daily Mail claimed that Johnson made the comment in the fall of 2020, when his government imposed a second lockdown to combat a surge in coronavirus cases. A third lockdown was ordered in January as infections shot up again, driven by a new, more contagious variant of the virus.

The Daily Mail did not cite a source for the claim, but there has been a spate of leaks from Johnson’s 10 Downing St. office, which are being investigated by government officials.

Johnson said Monday that the allegation was “total, total rubbish.”

Britain has spent much of the last year under restrictions on business and daily life as it tried to contain a COVID-19 outbreak that has left more than 127,000 people dead, the highest toll in Europe. Restrictions are gradually being eased alongside a mass-vaccination campaign that has given at least one dose of vaccine to half the U.K. population.

The latest claim follows allegations of cronyism and ethical breaches against Johnson and his Conservative government that have been piling up ahead of local and regional elections next week.

Johnson’s office said the prime minister paid to renovate the apartment, where he lives with fiancée Carrie Symonds and their baby son Wilfred, though it did not say whether he had been lent the money for the work.

The Electoral Commission, which regulates political finances in the U.K., has said it is seeking answers from the Conservative Party over whether any sums should have been declared under the law on political donations.

Johnson has also denied doing anything wrong when he exchanged text messages with a wealthy industrialist and promised he would “fix” the tax rules for him.

The exchange occurred in March 2020 when Johnson was trying to encourage vacuum cleaner tycoon James Dyson to make ventilators for the hard-pressed National Health Service. Singapore-based Dyson sought assurances that his staff members would not have to pay extra taxes if they came to Britain to work on the project.

Johnson said he would not apologize “for shifting heaven and earth” to secure vital medical equipment in an emergency.

One of Johnson’s Conservative predecessors, former Prime Minister David Cameron is also facing cronyism allegations over his lobbying for a now-bankrupt financial services firm, Greensill Capital, whose founder he had employed as an adviser. Cameron denies wrongdoing.

“We need to get to the bottom of it, we need strong recommendations for change,” he said. “Because I think, for a lot of people, this is beginning to feel like very strongly like one rule for them and another rule for everybody else.”

June Sarpong on the Markle Sparkle