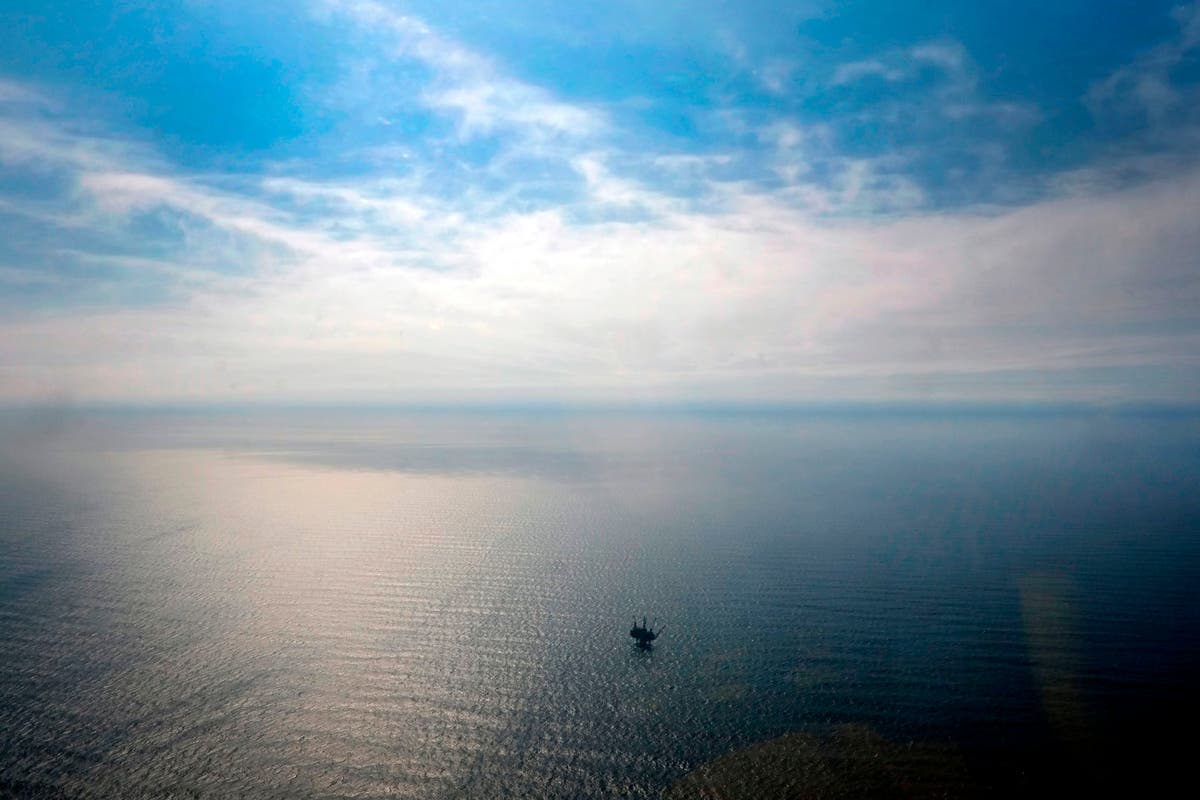 A tougher plan for North Sea oil and gas drilling is “crucially important” to Britain’s hopes of leading the world on climate action, the government’s top adviser has warned.

Lord Deben, the Conservative peer who chairs the Climate Change Committee (CCC), said that a deal recently made between the government and the oil and gas industry lacked ambition and risked delaying progress on cutting greenhouse gas emissions in the UK.

The government revealed the details of its long-awaited North Sea Transition Deal in March. The deal refuses to rule out the possibility of new oil and gas licences and instead states that new extraction projects can still go ahead as long as they can pass a “climate compatibility” test.

Business secretary Kwasi Kwarteng claimed the agreement, including a pledge to cut offshore operational emissions to half their 2018 level by 2030, sent “a clear message around the world that the UK will be a nation of clean energy” ahead of Cop26 – a key round of UN climate talks to be held in Glasgow later this year.

But Lord Deben said more ambition was needed as Britain tries to take the lead on the climate crisis.

“It is crucially important because it is one of those things that will enable us to help other people to overcome their difficulties,” he told The Independent.

“How we handle North Sea gas and oil … is going to be a very important example for helping other countries to sign up to net zero and to actually deliver on it.”

The Independent’s Stop Fuelling The Climate Crisis campaign calls for the UK to take more action on fossil fuels as it looks to lead other nations in limiting emissions.

The CCC – an independent group that advises the government on the climate crisis – said in its most recent report that emissions from all offshore oil and gas operations must fall by 68 per cent on 2018 levels by 2030 if the UK is to reach its target of net zero emissions by the middle of the century.

Lord Deben said: “We gave a very detailed signposting for what we have to do in order to reach net zero in 2050. What we’re seeing here is that we need to be more ambitious if we’re going to meet that target.

“We shall continue to need fossil fuels over the next few years in the changeover. It’s not that you suddenly say ‘no fossil fuels’, it is that we have to move from using fossil fuels to using energy which does not cost the earth.

“We’re trying to express to the government that if you fail to reach the level that you need to reach to meet this target, the only result is you’ll need to find other things to do and they’ll in fact be more expensive and certainly more uncomfortable.”

In a letter to Mr Kwarteng published at the end of March, Lord Deben described the emissions cuts proposed in the deal as “significantly lower” than the level recommended to be in line with the UK’s climate goals.

He added that a “weak” plan for slashing the climate impact of North Sea oil and gas drilling risked “damaging the UK’s authority” in the run-up to Cop26.

In addition to delivering action on the climate crisis, any deal on North Sea oil and gas must also ensure that employment opportunities for those working in the sector are protected and enhanced, Lord Deben told The Independent.

The UK is Europe’s second-largest oil and gas producer. However, production in the North Sea has generally been in decline since the late 1990s.

In addition to pressure on climate, the industry is facing a host of other challenges, including an oil and gas price drop sparked by the Covid-19 pandemic. Union estimates suggest around 12,000 North Sea oil and gas workers lost their jobs in the second half of 2020.

An industry report from 2018 estimated that there were enough oil reserves in the North Sea to sustain production for at least another 20 years, but green groups have long warned that unabated extraction would go against the UK’s commitments under the Paris Agreement – the historic climate deal agreed by countries five years ago.

“The North Sea had a very important place when everybody depended on fossil fuels and expected to go on being dependent on them,” Lord Deben said.

“The government has got to think seriously about how they will replace not only those jobs, but that wealth and support for local authorities.

“When cotton mills closed or the coal mines closed, we hadn’t thought a long time ahead of how you handle that. We’ve got to do that with climate change because, if we don’t, we won’t have the public support that is necessary.”

Environmental groups have also spoken out against the deal. Many had hoped that the UK would follow in the footsteps of Denmark, France and Ireland by pledging to stop the issuing of new offshore oil and gas licences altogether.

Greenpeace has described the deal as a “colossal failure in climate leadership in the year of Cop26”, while Friends of the Earth said the plans “exposed the outrageous hypocrisy” at the heart of the UK’s approach to tackling the climate crisis.

A government spokesperson said: “The UK was the first G7 country to agree a landmark agreement to support the oil and gas industry’s transition to clean, green energy through our North Sea Transition Deal.

“As Lord Deben’s Climate Change Committee itself recognises, oil and gas will continue to play a role in the energy transition as we progress towards net zero emissions by 2050. This deal will help achieve a reduction of 60 million tonnes of greenhouse gas emissions in the UK, including 15 million tonnes from UK offshore oil and gas production through to 2030.”