How UK banks are fuelling the climate crisis in numbers 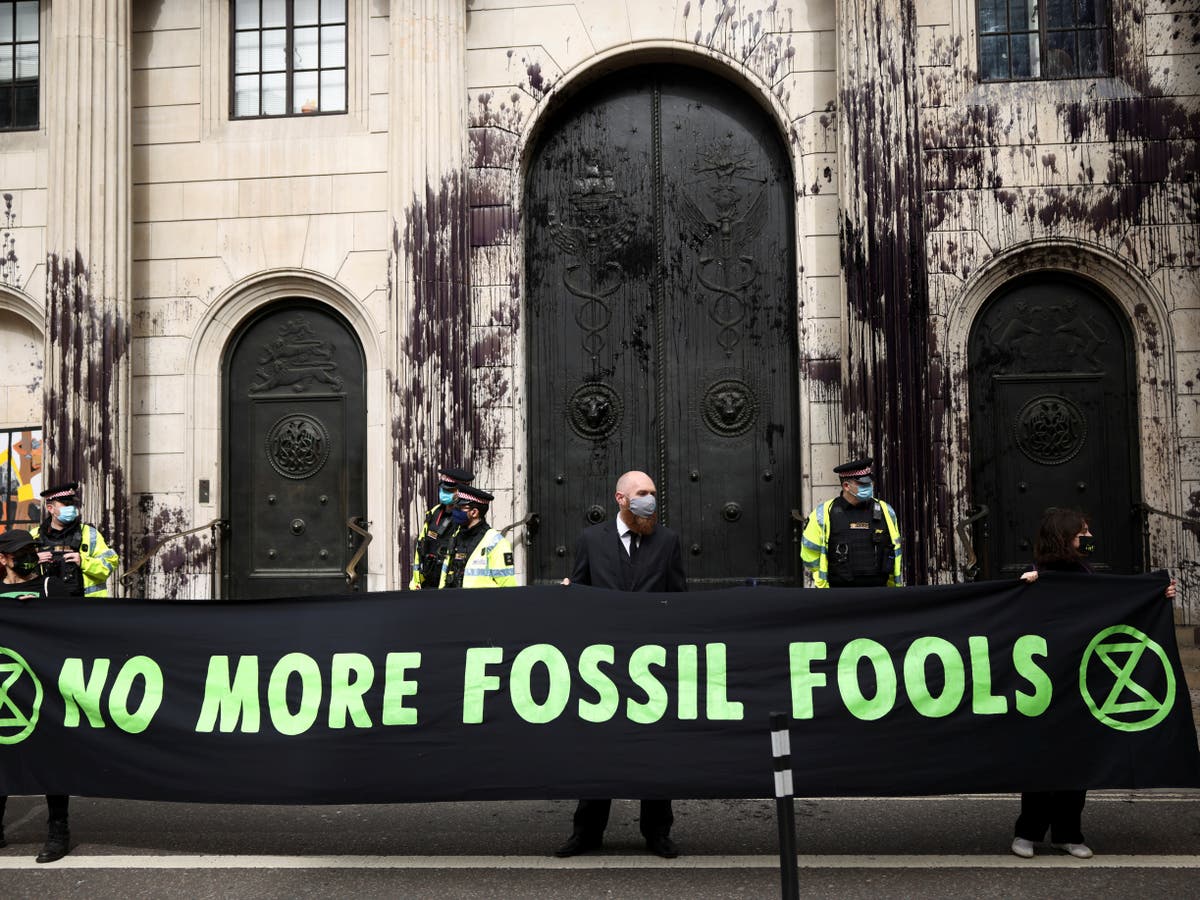 rtiain’s banks are coming under increasing scrutiny for their role in driving the climate crisis. For decades, the UK’s biggest banks have played a leading role in driving up greenhouse gas emissions by providing finance for fossil fuel projects across the world.

While some banks have begun to set policies aimed at reducing the climate impact of their financial activities, recent figures show that the biggest high street lenders are still providing hundreds of billions in support for coal, oil and gas projects – many of which have devastating impact for local communities and ecosystems.

As well as providing financial support for fossil fuel projects, banks are continuing to maintain close relationships with some of the world’s most polluting companies, campaigners have warned. A recent investigation found that the majority of banking directors from the UK’s five biggest banks maintain links with highly polluting companies.

The UK’s top five banks provided around £220bn ($304bn) in finance for fossil fuel projects from 2016 to 2020, according to a recent landmark report by a coalition of NGOs.

The report, called Banking on Climate Chaos 2021, notes that the British bank Barclays is Europe’s largest financier of fossil fuels. Barclays supplied £105bn in finance for fossil fuel projects from 2016 to 2020, according to the report – including £20bn in 2020 alone.

HSBC is the UK’s second worst offender when it comes to funding fossil fuel projects. The bank provided £80bn in finance for fossil fuels from 2016 to 2020, according to the report. By comparison, NatWest provided £10bn over the same time period, Standard Chartered provided £23bn and Lloyds provided £2.5bn.

Alison Kirsch, a report author and climate and energy lead researcher at the Rainforest Action Network, told The Independent: “UK banks are a really big part of the problem.

“Barclays is Europe’s biggest funder of fossil fuels and, although it has made some promising steps with its commitments, we need to be seeing real near-term commitments on its fossil fuel financing and we’re not seeing that to the extent that we need.”

The report, which was produced by six NGOs and endorsed by more than 300 organisations, calculated the total amount that the world’s 60 largest banks had spent on fossil fuels by examining both direct project funding and more indirect methods of financial support.

For example, it found that Barclays indirectly supported a highly controversial coal mining project in Australia in 2020 by supplying finance to a company linked to the project. The Carmichael coal mine, planned for Queensland, threatens to further lock in Australia’s reliance on fossil fuels, displace indigenous peoples from their land and drive an increase in traffic over the Great Barrier Reef – an ecosystem that is imperiled by ocean heating.

In addition to providing finance for coal mining in Australia, Barclays also supplied money in support of oil and gas drilling in the Arctic and a fracking project in Argentina’s Patagonia region, according to the report.

Barclays’ ongoing support for fossil fuels has made it the target of a high-profile campaign led by climate activists.

78 per cent of directors are ‘climate conflicted’

A recent investigation by the environmental investigations outlet Desmog found that 78 per cent of directors from the UK’s top five banks have links with big polluters – and therefore could be “climate conflicted” when it comes to making decisions on fossil fuel investments.

Investigators at Desmog found that 50 out of the 64 current directors of Barclays, HSBC, NatWest, Lloyds and Standard Chartered have a past or current connection with a highly polluting industry.

For example, Barclays group finance director Tushar Morzaria is currently a non-executive director for the oil major BP, while HSBC director Pauline Van Der Meer Mohr has worked with Shell, according to the investigation.

She said: “How can we possibly expect those at the very top of banks such as Barclays and HSBC to make difficult, yet necessary, decisions on fossil fuels given their close links with fossil-fuel dependent industries?”

Getting banks to sign up to tougher and more immediate targets for ending their support for fossil fuels is likely to be a key theme of Cop26, a crucial round of UN climate talks being hosted by the UK later this year.

On the eve of this week’s Earth Day summit, 43 of the world’s biggest banks signed up to a commitment to slash the climate impact of their lending by 2030, in line with an overall goal of reaching net-zero emissions by 2050.

However, campaigners described the deal as a “missed opportunity”.

“Many European banks are already working towards the bulk of the mandatory guidelines set out by the alliance,” Ms Martin said. “Net-zero plans cannot be considered credible without addressing underwriting and setting dates to phase out financing for fossil fuels and deforestation.”

The Bank of England is also coming under scrutiny for its role in regulating how banks spend their money on fossil fuels.

In February, nearly 65,000 signed a petition calling for the Bank of England to do more to end banks’ fossil fuel spending. Shortly after in his March budget announcement, the chancellor Rishi Sunak changed the Bank of England’s mandate to include a duty to support the government in its goal to reach net zero emissions by 2050.

Katie Kedward, an economist and policy fellow in sustainable finance at University College London, said the mandate change marked a “powerful” step forward for efforts to green the financial system.

“I think the mandate change is very important and it signals that more policies are going to come through from the Bank of England over the next year,” she told The Independent.

“The way the Bank of England is looking at [the climate crisis] at the moment is mainly focused on what risks climate change poses to the financial system.

“What they’re not doing enough of is considering how the financial system is enabling climate breakdown. That’s the next step – and this is where the mandate change could really make a difference.”